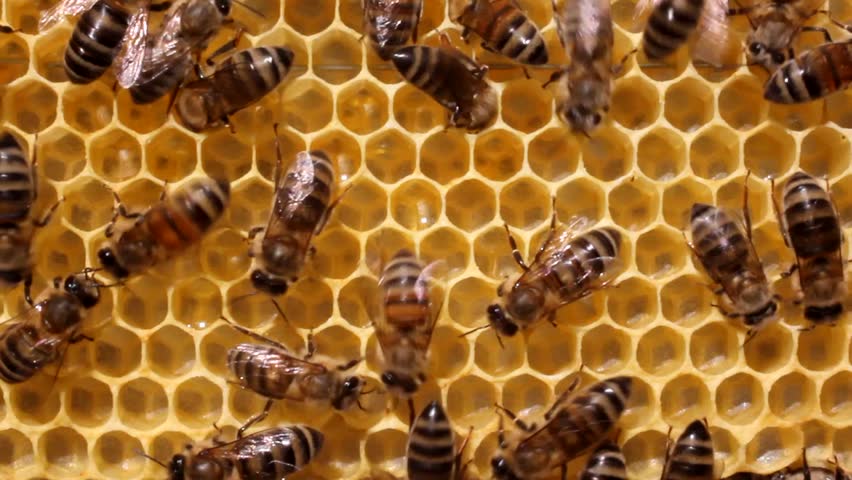 Honey has been used for centuries to counteract infections. But until recently, few realized just how antibiotic honey was.

You betcha. Just take a look at the overwhelming evidence:

Researchers from the Malaysia’s University of Malaya tested several types of Malaysian honeys against Staphylococcus aureus, Bacillus cereus, Escherichia coli, and Pseudomonas aeruginosa. They found that all inhibited the bacteria, but some inhibited them more than others. The most antibiotic properties came from the gelam, kelulut and tualang honey varieties.

A study from South Africa’s University of Fort Hare tested six local honeys against the Helicobacter pylori – implicated in ulcers and stomach cancer. The research found that all six were antibiotic against H. pylori to different degrees.

A study from Pakistan’s University of Malakand found that honeys from local plants inhibited the bacteria Klebsilla pneumonia and Escherichia coli along with and two fungi, Alternaria alternata and Trichoderma harzianum. The researchers found that honey’s antibacterial properties were better than its antiviral properties, but both were found.

This is significant because biofilms are basically large colonies of bacteria – infections.

Researchers from New York’s Waili Foundation for Science tested five types of honey against a variety of multi-drug resistant bacteria and fungi. Among them, the honeys were antimicrobial the most against Aspergillus nidulans, Salmonella typhimurum and Staphylococcus epidermidis among others. They found the all five of the honeys were significantly antimicrobial against these and other bacteria and fungi, with little difference between them. They concluded:

“Various honey samples collected from different geographical areas and plant origins showed almost similar antimicrobial activities against multiresistant pathogens despite considerable variation in their composition. Honey may represent an alternative candidate to be tested as part of management of drug multiresistant pathogens.”

A study from the UK’s Cardiff Metropolitan University tested manuka honey against three different strains of Pseudomonas aeruginosa. They found that all three strains were inhibited. But they also found that the honey interfered with the bacteria’s ability to capture iron – which use siderophores in their process of infection and growth.

Researchers from Slovak Medical University tested several honeys against Proteus mirabilis and Enterobacter cloacae. They found that each of the honeys inhibited the bacteria, but manuka honey inhibited them the most.

They also found that one of manuka’s antibacterial compounds was methylglyoxal.

Learn how to employ probiotics as antibiotics

University of Technology Sydney researchers tested several types of honeys against Bacillus subtilis, Escherichia coli, Staphylococcus aureus and Pseudomonas aeruginosa. They found that each inhibited the bacteria in different ways. While manuka honey again proved to be more antibiotic, the other honeys worked against the bacteria in different ways.

Researchers from Slovenia’s University of Ljubljana tested several honeys against Escherichia coli, Enterococcus faecalis, Pseudomonas aeruginosa and Staphylococcus aureus along with the fungi Aspergillus niger, Aureobasidium pullulans, Candida albicans, Candida parapsilosis, Candida tropicalis, Cladosporium cladosporioides, Penicillium chrysogenum and Rhodotorula mucilaginosa. They found that all of the bacteria were inhibited by all of the honeys.

As far as the fungi, only honeys at more than 50% concentration inhibited these, all but three (Aspergillus niger, Candida albicans and Penicillium chrysogenum) were inhibited by the honeys.

Researchers from the University of Eastern Finland tested five Finnish honeys against Streptococcus pneumoniae, S. pyogenes, Staphylococcus aureus, and methicillin-resistant S. aureus (MRSA). The researchers found that the honeys inhibited all the bacteria, and the most antimicrobial potency was found with honeys from willow, heather and buckwheat flowers.

Researchers from Greece’s University of Thessaly tested 31 honeys from Greece and Cyprus against Staphylococcus aureus and Pseudomonas aeruginosa. They found that all 31 honeys were antibiotic against the two resilient bacteria species. They found that the MICs (minimum inhibitory concentrations) of the 31 honeys ranged from 3 to 25%.

They also tested manuka honey against the same bacteria and found manuka’s MIC to be 6.25% on average. When tested with agar diffusion, the MICs ranged from 6 to 25%, while manuka came in at 12.5%. This indicates that manuka is pretty antibiotic, but not necessarily the highest of all honeys.

Can honey compete with pharmaceutical antibiotics?

Affirmative. Actually, honey has been found to beat some pharmaceutical antibiotics.

In a review of 42 studies from the Jundishapur University of Medical Sciences, researchers found that honey was not only antibiotic, but antiviral and antibiotic. They found some studies were honey’s antibiotic effect was similar to or better than antibiotics.

Could this really be true?

Researchers from Ethiopa’s College of Medicine at the University of Gondar found that honey, and a combination of honey and ginger powder, will inhibit the growth of superbugs such as MRSA (antibiotic-resistant Staphylococcus aureus), Escherichia coli and Klebsiella pneumoniae.

They tested these against the pharmaceutical antibiotics methicillin, amoxicillin and penicillin – three of the most successful antibiotics used in conventional medicine.

In this study – like most of the others – the researchers used the standardized approach of measuring minimum inhibitory concentrations (MIC) after culturing the bacteria in a broth solution using agar as a medium for measurement. The broths were cultured with the treatments for 20-24 hours to measure their effect upon the bacteria.

The researchers separately tested Ethiopian honey, ginger powder and a combination of the two against the three antibiotics.

And the combination of the ginger extract and the honey had even greater antibiotic properties, with MICs averaging 25.62 – beating out every antibiotic tested by a landslide.

How nature deals with bacteria

Nature works with completely different mechanisms than static antibiotics. How is that?

Living organisms are in constant motion and they are not static.

These antibacterial measures that plants utilize are moved up to the flower where pollen is produced. This pollen is collected by bees and brought to the hive.

Propolis, in fact, is the product produced from the bee’s saliva. It has been shown to be significantly antibiotic. This was shown in a study from Egypt’s National Research Center, where propolis extract was found the significantly deter bacteria growth among cotton production.

So why did honey’s antibiotic strategies beat out antibiotics like methicillin, amoxicillin and penicillin? Because these antibiotics are static. They work the same way every time.

Bacteria are alive and they want to survive.

But so do bees, and so do plants, and so do other organisms. And this creates a moving target.

We might compare it to how sports competitors are always developing new strategies to beat their opponents. As soon as their opponent develops a new strategy, they figure out how to counteract it.

This is why using nature to counteract infection is far more sustainable than creating temporary, environment-polluting pharmaceuticals that only create superbugs in the end.

AL-Waili N, Al Ghamdi A, Ansari MJ, Al-Attal Y, Al-Mubarak A, Salom K. Differences in composition of honey samples and their impact on the antimicrobial