The Importance of Solitude on Your Path to Liberation 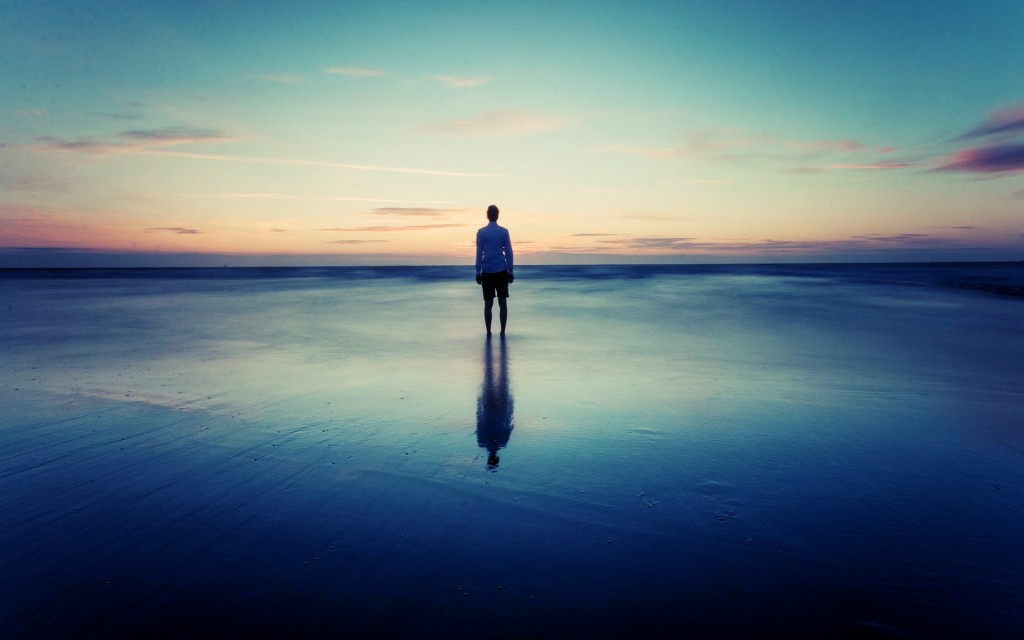 When I contemplate the idea of freedom, the notion that human beings can possess critical thinking skills, and a sense of self-determination coupled with compassion for their fellow humans, a number of possibilities run through my head. What does it take for one to be free? What are the necessities for freedom? In what ways do our unique ideas of freedom differ from one another? In what ways do we create artificial boundaries for ourselves?

All of these questions must be considered to truly understand what freedom means to you, and how you can achieve it. While there is not one single road that leads to freedom, our individual experiences provide us with insight that may serve as helpful hints, tips, and guidance for our brothers and sisters on their individual paths. It is with that in mind that I offer some of my perspective in hope that we may learn from each other.

Specifically, I would like to focus on the need for occasional solitary sessions or extended companionless journeys. My experience with solitude has led to deep personal insights and understanding of my doubts, fears, and insecurities. The idea behind the conscious resistance is to create a population that encourages self-knowledge, individuality, compassion, awareness, and solutions. It is my belief that until humankind chooses to know themselves and their motivations and aspirations we will continue to allow ourselves to be ruled over by a small group of people who are not working in the best interest of the whole. In fact, if this “resistance” were to spread that same small group of people might have a powerful spiritual experience that could lead to an understanding of their place in the whole and a restoration of balance.

There have been two times that the universe provided me with similar opportunities for reflection and meditation, each vastly different from the other. The first involved my incarceration for possession of a controlled substance in 2005. I was less than a month from turning 21 and had been battling addiction to a variety of drugs for the better part of 3 years. At that point the substance that was wreaking havoc in my life was crystal methamphetamine. Despite my current beliefs that people should not be arrested and caged for victimless crimes such as drug use, I now know that my drug use at that particular time was an effort to escape and self-medicate my depression and general lack of understanding of the world.

Upon my arrest and imprisonment I resisted the environment and fought like hell to maintain connection to the “free world”. Eventually I had to accept that I was going to spend the next 18 months behind bars. There was not a family member, friend, or lawyer who could do anything for me now. The only choice was to sit, be with me, and take moments to consider how I found myself in that predicament. I spent the next year and a half writing pages and pages of notes, stream of consciousness rants, and ideas on how to take my life in a better direction. A family member began sending me Buddhist literature and I started to meditate. This was the beginning of a major life change for me. The steps taken in those days have directly led to my present space.

While I wrote mountains of manifestations I began to notice my handwriting becoming slower, more precise. As my thoughts slowed down, and reflection became the norm, my physical world started to reflect the internal changes. Learning to meditate in an environment filled with false-ego and posturing was not an easy task. I persisted and found many moments of peace despite being physically caged.

In the years following that incarceration I struggled to stay connected to that feeling of pure being, of truly being in the moment and accepting that I could not control the outside world. The best I could do was to work on my spirit. I would slip and pick myself back up. Eventually I found myself released from parole and creating a new life, with a new passion for knowledge and community.

In 2011 I decided to complete my journey and celebrate my new sense of freedom by taking a cross country bicycle tour. I had long been plotting an adventure that would give me the ultimate sense of a restriction-less lifestyle and the wonder that comes with the open road. I took my bike, some books and some supplies and traveled across Texas and into New Mexico. For three months I camped, rode, and volunteered on farms. It was in these moments that I once again found myself humbled by the lessons that came my way. I met many beautiful people who each imparted a bit of their own experiences to me. I slept under more stars than I had ever seen, howling along with the coyotes and laughing at how dirty but free I had been. In those three months I laughed, I cried, I challenged myself like never before, and decided to see every piece of the journey as a magnificent piece of the puzzle waiting for me to put it together. I remembered the peace that I had found while behind razor wire and recognized how the isolation had allowed my mind to receive clarity and be washed clean.

It was these two experiences that have played the most significant role in my awakening and growth. When given the time with my own mind, whether by force or choice, I began to understand my fears, and my hopes. I saw my failures, and witnessed the destructive nature of my past actions. I had a vision of a crossroads, a divided road. One way would take me further into darkness, and the other could be the journey of a lifetime. I have pondered long and hard, asking myself what it is about these two unique experiences that sparked a quest within.

What I have found is that I, like many modern humans, was living a busy life, filled with plenty of ways to ignore myself and slap on a façade of joy and happiness. I found that I had been doing any and everything possible to avoid sitting down for five minutes and communicating with my own mind. I had lost touch with who I identified as my self. And in the process had lost a connection with my own humanity and heart. By having no other option but to sit, in a prison bed or in an isolated back road, I had an opportunity to understand my most deep pains and to begin healing them. It is this healing that will help bring our species back in alignment with the planet and its inhabitants.

Humans seek refuge from the big city in a number of ways. We take weekend camping trips to get away from the light and noise pollution, the smog, and the people. As much as we are communal creatures with a desire to form relationships we also seek to break away and reconnect with nature and the simple life. In those spaces we may find the time to sit with ourselves, to begin “checking in” with our mind, to form healthy relationships with those closest to us.

The history books are filled with individuals who sought out the rugged, dangerous, lonely, beautiful life that the solitary road offers. From Everett Reuss to Christopher McCandless, we pursue adventure and communion with nature for a variety of reasons. What many of these adventurers (myself included) have learned is that community and familial experiences are equally as important as our personal vision quests. Life is balance. If you find yourself in the company of others solely because you are avoiding dealing with your personal situations and hard truths – it might be time to spend a weekend alone. On the other hand if you have spent the majority of your time in quiet reflection try going out into the community and making connections with other people.

In the end we are each other’s greatest asset for finding out what freedom means to us, how we plan to achieve it, and what role the global community plays. By opting to spend time going within we make ourselves more capable of having positive, encouraging relationships and helping those who may be struggling to know themselves. For me, it was these two experiences that taught me the empowerment that waited in quiet contemplation. Being behind bars and in the wilderness also showed me that regardless of where I was in the physical sense, happiness and thus liberation could be attained by choosing to go within.