Shaman says mentally ill are a bridge to spirit world 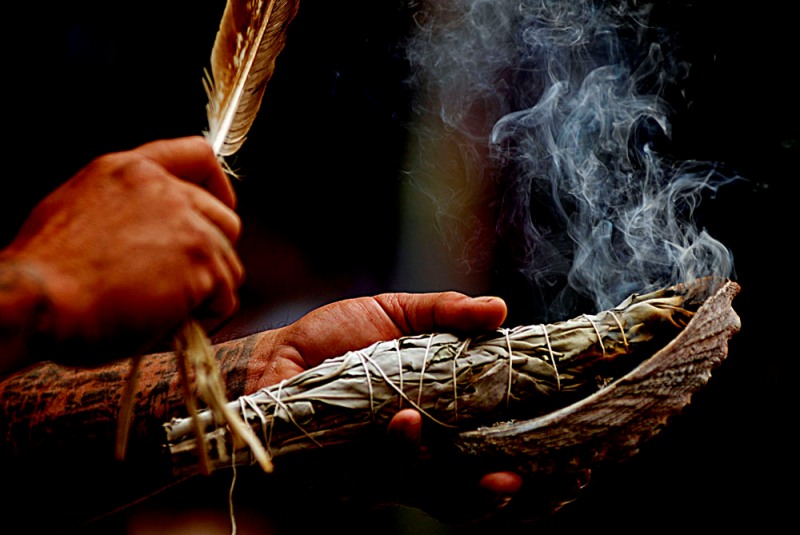 Shamanism is an ancient healing tradition and moreover, a way of life. It is a way to connect with nature and all of creation. The word shaman originates from the Tungus tribe in Siberia. Anthropologists coined this term and have used it to refer to the spiritual and ceremonial leaders among indigenous cultures worldwide. The word shamanism can be used to describe the ancient spiritual practices of these indigenous cultures. Clearly the countless similarities between various ancient traditions played a role in the continual generalization of the word.

Over the past few decades the term “shamanism” has been popularized throughout the western world, especially in new-age circles. Today, it can be difficult to distinguish between traditional forms of shamanism and modernized, often esoteric practices that utilize the term.

One could view shamanism as the universal spiritual wisdom inherent to all indigenous tribes. As all ancient spiritual practices are rooted in nature, shamanism is the method by which we as human beings can strengthen that natural connection.

A shaman says mentally ill people are a bridge to the spirit world and in his culture they are seen as someone to pay attention to as they have a message from the other side.

Dr Malidoma Patrice Some is now resident in Florida and has a PhD from the University of Michigan. He lives in an area of thick forest like the Dagara area of his childhood in Burkina Faso.

Dr Some was abducted at the age of 4 by Jesuit Priests from neighbouring Ghana who wanted to “save” him. After 15 years of enforced indoctrination into a totally different culture and belief system, he rebelled and escaped. He walked the 300 km (200 miles) back to Dano, the village of his youth, and discovered he could no longer remember his dialect and was unable to communicate with his own parents.

In the shamanic view, mental illness signals “the birth of a healer”. Thus, mental disorders are spiritual emergencies, spiritual crises, and need to be regarded as such to aid the healer in being born.

What those in the West view as mental illness, the Dagara people regard as “good news from the other world.” The person going through the crisis has been chosen as a medium for a message to the community that needs to be communicated from the spirit realm. “Mental disorder, behavioral disorder of all kinds, signal the fact that two obviously incompatible energies have merged into the same field,” says Dr. Somé. These disturbances result when the person does not get assistance in dealing with the presence of the energy from the spirit realm.

One of the things Dr. Some encountered when he first came to the United States in 1980 for graduate study was how this country deals with mental illness. When a fellow student was sent to a mental institute due to “nervous depression,” Dr. Some went to visit him.

“I was so shocked. That was the first time I was brought face to face with what is done here to people exhibiting the same symptoms I’ve seen in my village.” What struck Dr. Some was that the attention given to such symptoms was based on pathology, on the idea that the condition is something that needs to stop. This was in complete opposition to the way his culture views such a situation.

As he looked around the stark ward at the patients, some in straitjackets, some zoned out on medications, others screaming, he observed to himself, “So this is how the healers who are attempting to be born are treated in this culture. What a loss! What a loss that a per